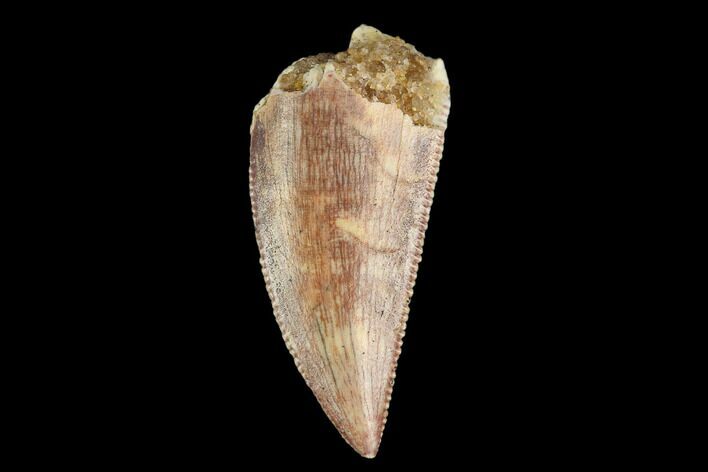 This is a beautifully preserved tooth with colorful enamel and well preserved serrations. 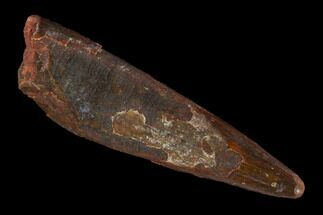