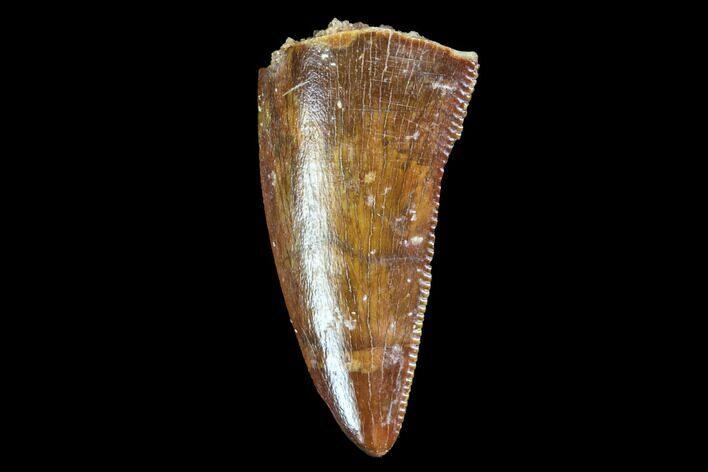 The tooth has beautiful enamel preservation and nice serrations. There is a relatively large chip of serrations missing.