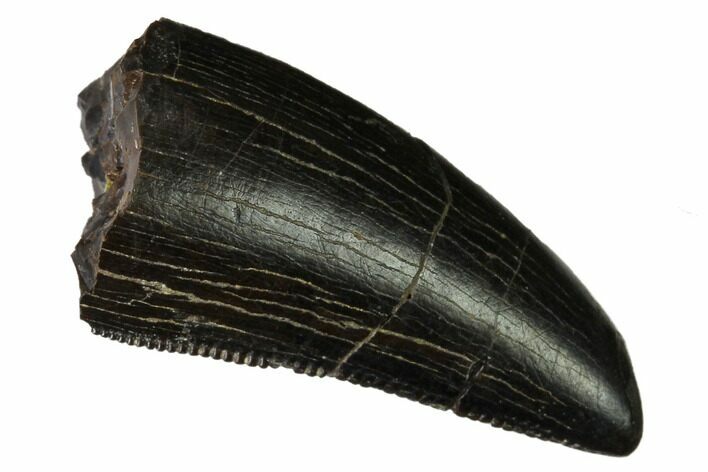 This is a .9" long, serrated Tyrannosaur tooth collected this summer from the Two Medicine Formation of Montana. There are two repaired cracks through this tooth. The layer these teeth are found in represents a flood event, so nearly all of the teeth are tumbled, broken and worn.