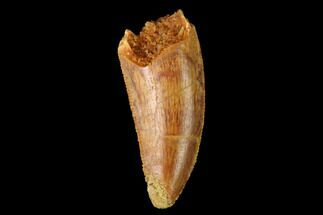 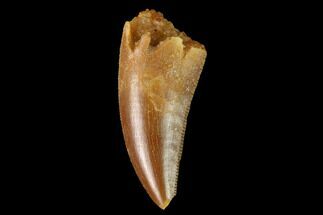 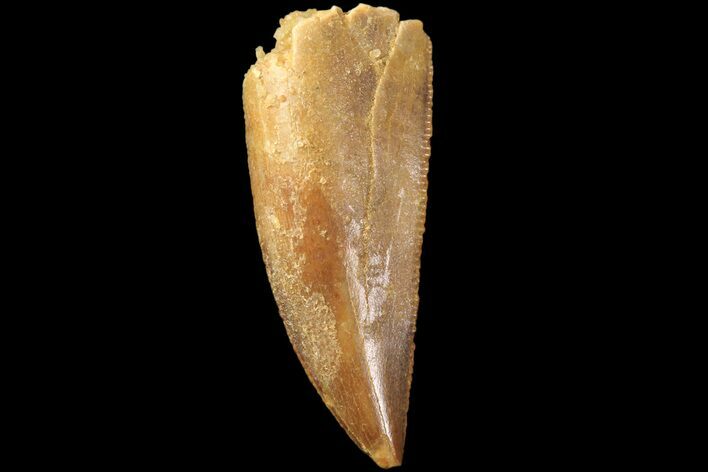 This tooth is quite large for these typically small theropod teeth and in wonderful condition. It has fine serrations along both edges of the blade. A lot of the enamel on the lower half of the tooth is worn. 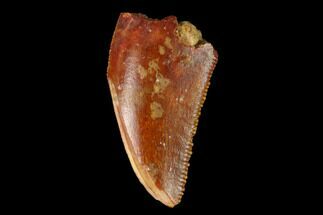