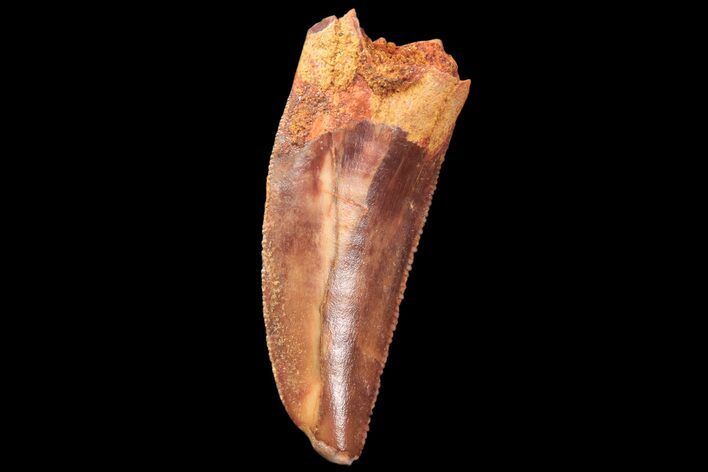 This tooth is huge for these typically small theropod dinosaurs. The tooth has nice enamel and visible serrations. There is some feeding wear to the tip.