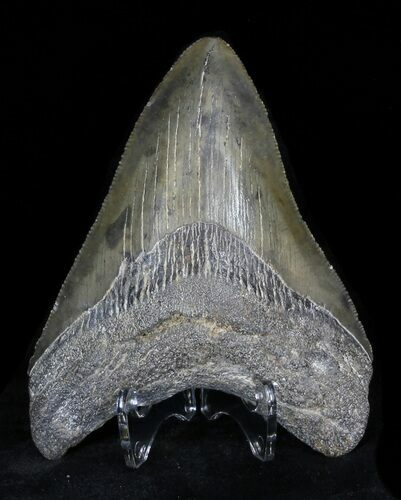 This is a sharply serrated 3.54" fossil Megalodon tooth collected from Georgia. The color of the blade on this tooth is beautiful, the serrations are still sharp, it has a good tip and a nice bourlette. Really a beautiful tooth and it displays nicely on the included acrylic display stand.