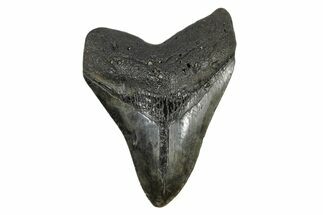 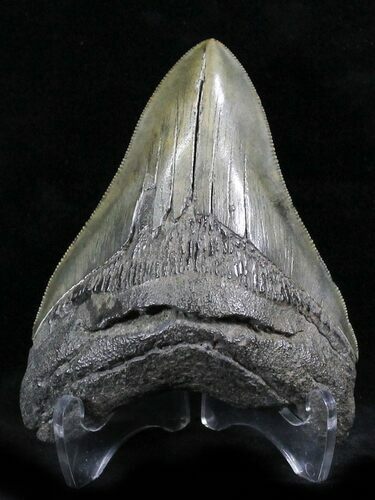 This is a sharp 3.9" Megalodon tooth collected in South Carolina. This tooth would have come from an small Megalodon Shark in the 35+ foot size range. Although there is very minor enamel peel, and a partial bourlette, the tooth is in great shape, having all sharp serrations and a beautiful chatoyant bluish-grey blade.