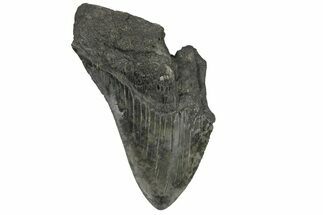 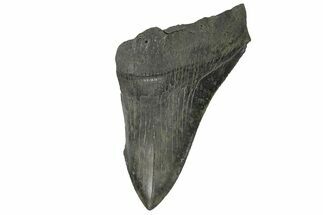 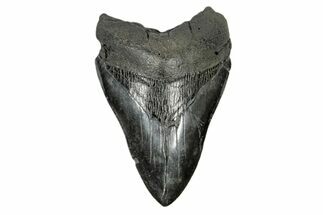 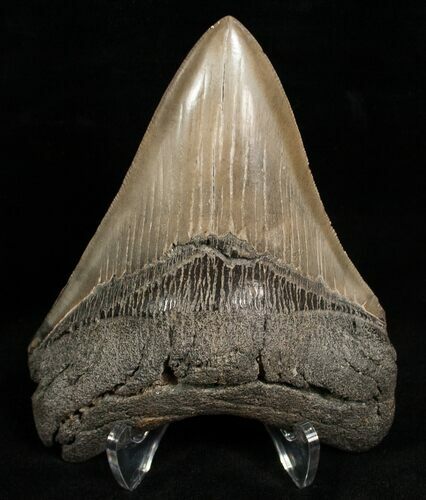 This is simply a gorgeous 4.73" long Megalodon tooth collected in Liberty County, Georgia. It has sharp serrations, a great tip and beautiful enamel. A fine tooth that displays very well on the included stand. 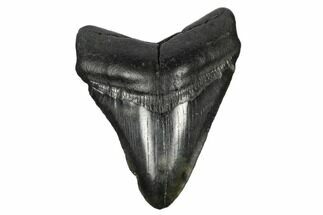