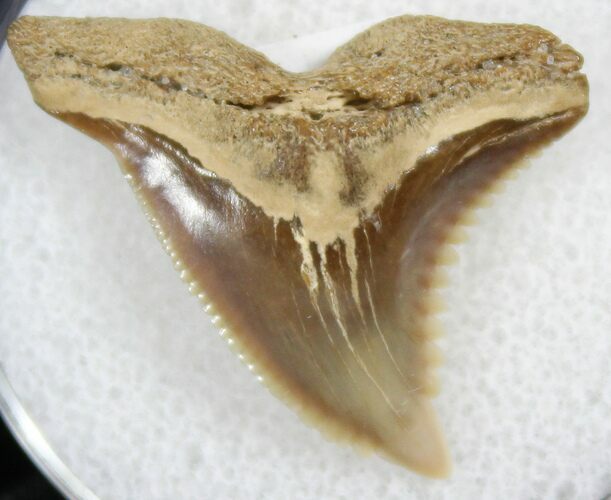 This is a nice Hemipristis serra tooth from Calvert Cliffs, Maryland. It's got beautiful coloration and sharp serrations. The tooth comes with acrylic display case. 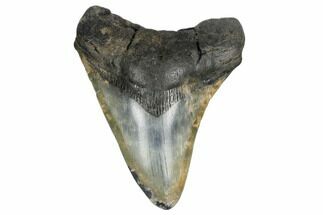