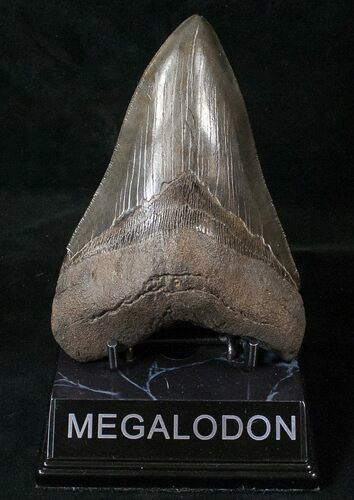 This is a beautiful 5.20" fossil Megalodon tooth with sharp serrations. The blade of this tooth is beautiful with glossy black enamel and olive highlights near the center. There is a small section missing from the bottom of the right root node, but otherwise this is a stellar Megalodon tooth. Comes with the pictured display stand.