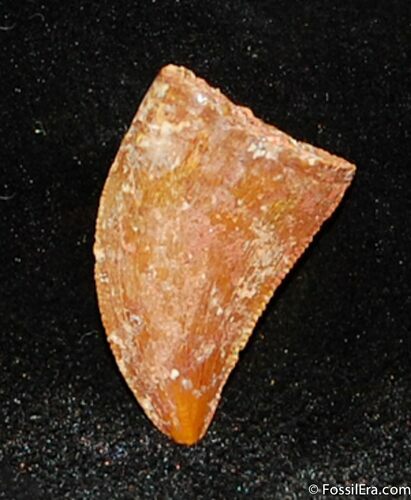 This is a nice juvenile Carcharodontosaurus, a close relative of T-Rex. This tooth is has great preservation with orange colored enamel, nice serrations and a good tip. 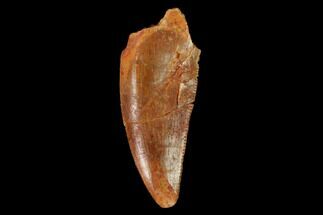 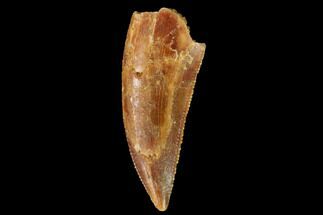 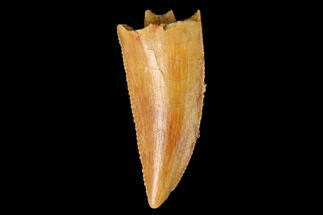 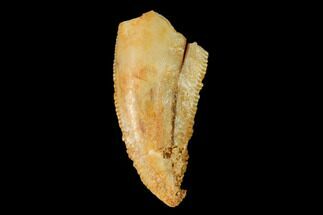