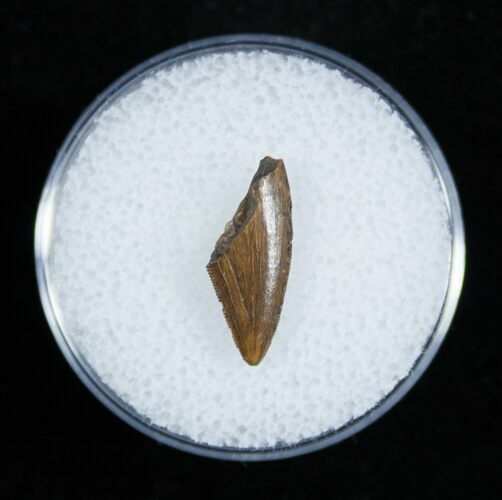 This is a small partial Dromaeosaurus (raptor) dinosaur tooth from the Hell Creek Formation of Montana.