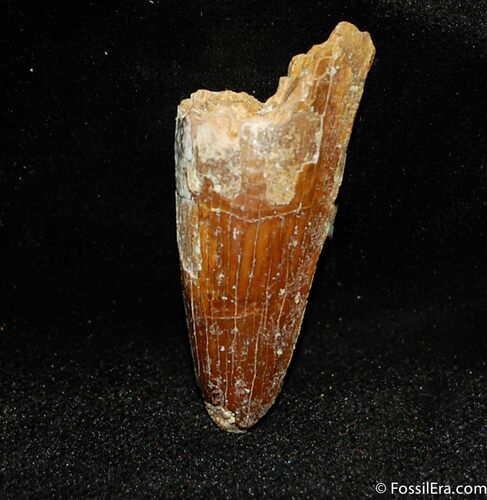 Here is a tooth from the largest meat eating dinosaur that ever walked this planet, Spinosaurus. It's from the Cretaceous aged, Tegana Formation of Morocco. The condition is pretty rough (hence the price) but it is a real dino tooth with no restoration and would make a great gift to a kid that loves dinosaurs.