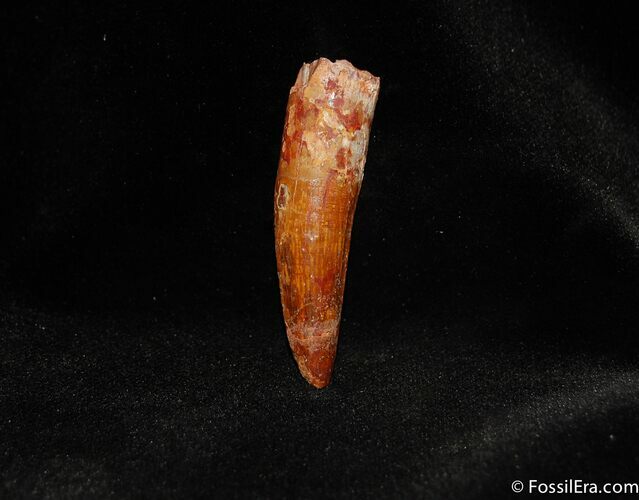 Here's is a tooth from the largest meat eating dinosaur to walk this planet with excellent enamel preservation and is decent sized at 1.91 inches long. It's from the awe inspiring Spinosaurus and was collected from the Upper Cretaceous, Tegana Formation of Morocco. This tooth appears to have a hairline crack near the tip that was repaired but it has no restoration.