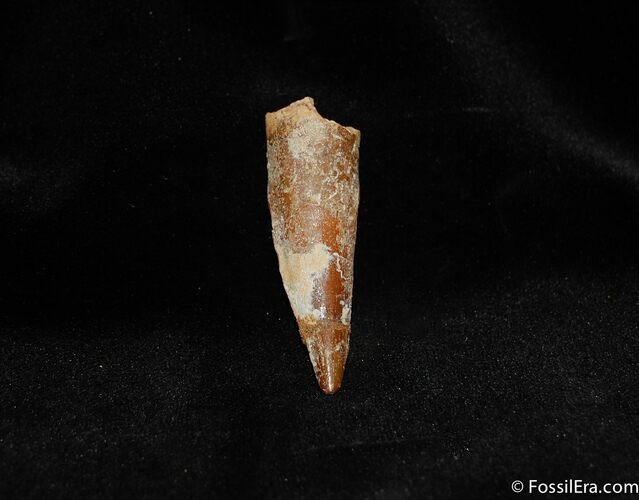 Here's a 1.92 inch long, real dinosaur tooth from Spinosaurus. Spinosaurus was the largest carnivorous dinosaur to inhabit the planet, a true terror of the Cretaceous. It appears there is a slight repair near the tip of the tooth, but the enamel preservation is good and it's an inexpensive example of a real dino tooth.