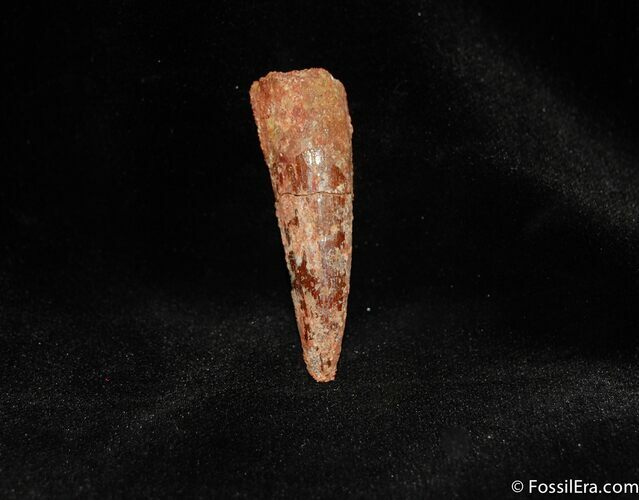 Here is a nice real Spinosaurus tooth, just under 2 inches in length. It comes from the Cretaceous aged Tegana Formation near Taouz Morocco. It's in decent shape with just a hairline crack through the center which was repaired.