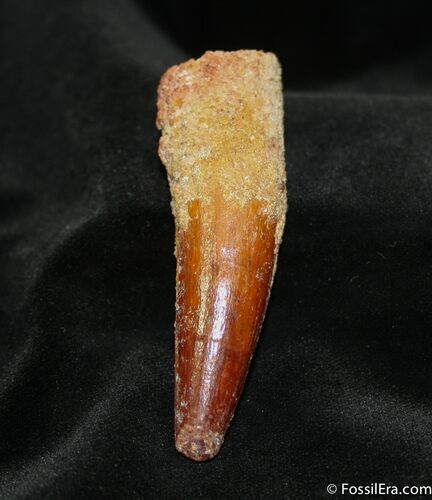 This is a spectacular 3.08 inch, rooted Spinosaurus tooth from Morocco. It has stunning dark enamel preservation. There is NO restoration or repair to this tooth. It's hard to find a tooth from this fearsome massive meat eating dinosaur in better shape. 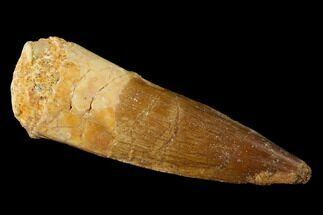