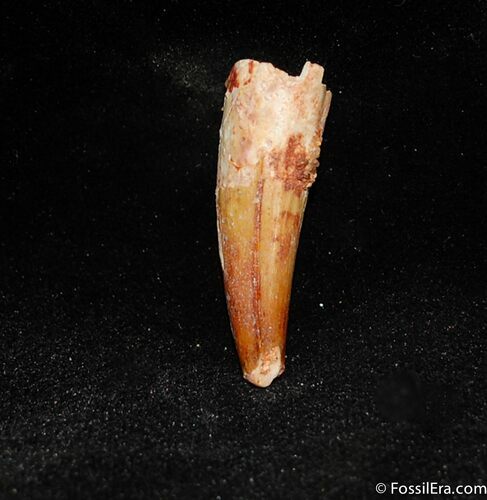 This is a nice 1.1 inch Spinosaurus tooth from Morocco. It has good enamel preservation and there has been no repair work or restoration done to this tooth. It's an inexpensive specimen of a tooth from the largest meat eating dinosaur to walk this planet.