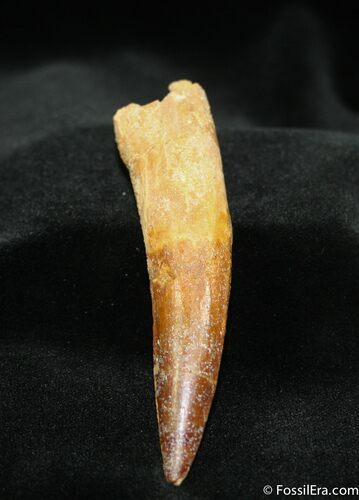 Here is a Spinosaur tooth which is both very large at 3 3/4 inches but also high quality. It's fully rooted, has great enamel preservation and a good tip to it. There has been a repaired crack in the tooth but the tooth has not been restored. You won't come across Spinosaurus teeth this nice very often. 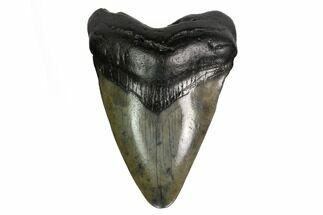