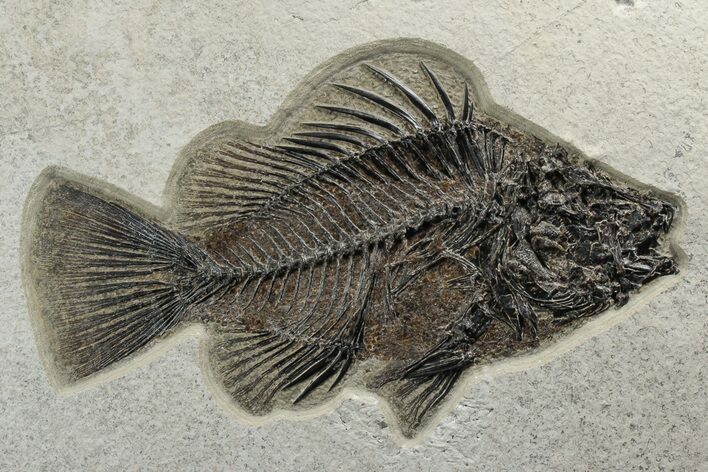 This is a phenomenally well preserved, 9.2" long, Priscacara serrata fish from the Green River Formation. It was collected from the Lindgren quarry near Kemmerer, Wyoming. It is nicely centered on a rectangularly cut slab of shale. The level of detail that preserved on this specimen is exquisite. From the scales to the teeth and individual vertebra, this fish stands apart. 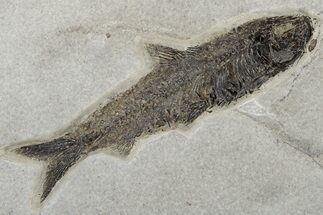