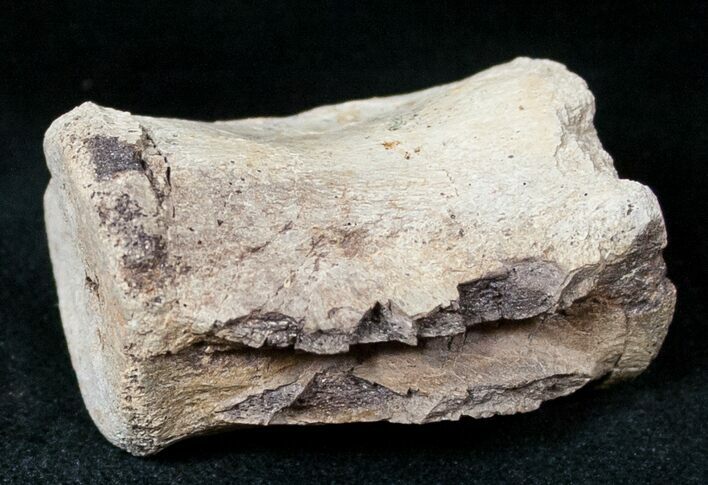 An artists reconstruction of Thescelosaurus. By Nobu Tamura (http://spinops.blogspot.com)
is a Caudal (Tail) Vertebrae of the small ornithopod dinosaur Thescelosaurus. It has some weathering, and retains the majority of the outer smooth, shiny layer of bone. Most of the process has eroded away. It was collected on private land in the Hell Creek Formation of Montana.