Three Species of Crinoids on One Plate - Crawfordsville, Indiana 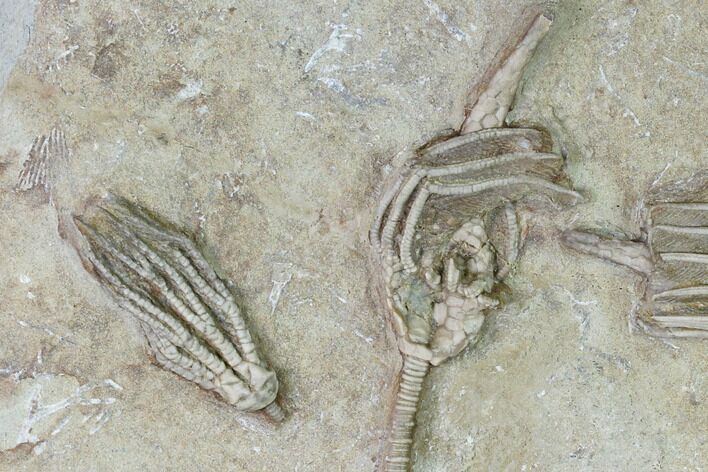 These are four fossil crinoids from the Edwardsville Formation crinoid beds near Crawfordsville, Indiana. This association includes two Macrocrinus mundulus crinoids (#69), an Abrotocrinus coreyi crinoid (#1) and a Scytalocrinus disparilis crinoid (#42).