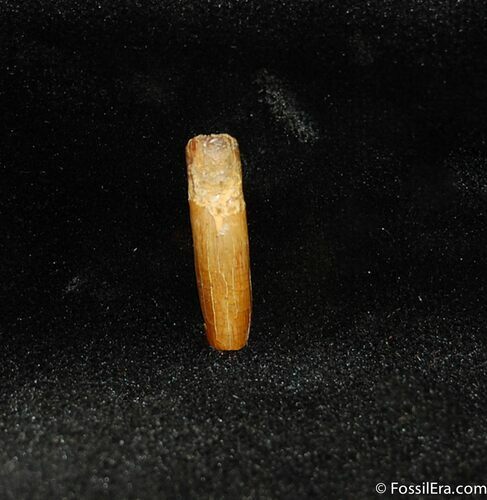 Here is a great tooth from the large Cretaceous sauropod, Rebbachisaurus garasbae. It comes from the Tegana Formation formation in Morocco and is about .82 inches in length. the classic peg like shape of teeth from Diplodocoidea is very visible.