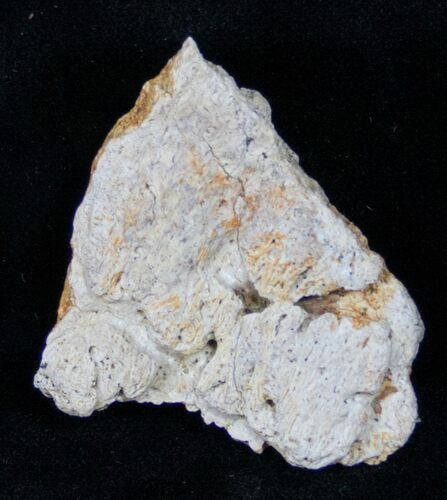 This is small section of a Triceratops frill shield. It's 1.9x1.5" and the blood grooves can be seen covering the surface. This comes from the 66 million year old Hell Creek Formation of Carter County, Montana.