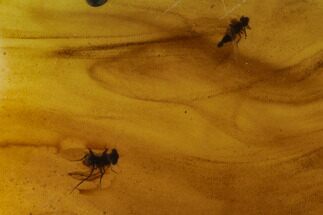 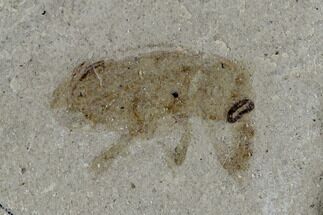 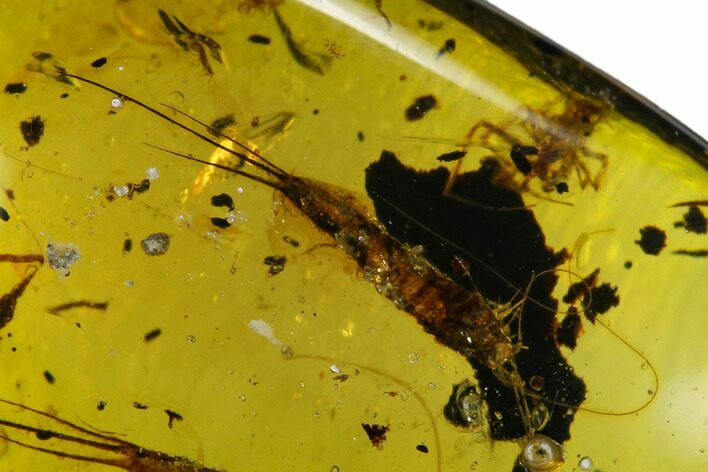 This is an amazing piece of amber. It contains two fossil bristletails (order Zygentoma) in 23mm long amber from Myanmar, formerly Burma. This amber is Late Cretaceous in age, so these insects are from the time of the dinosaurs. Other inclusions are air bubbles, an unidentified insect (spider?) and plant material. Most inclusions in amber are very small and best viewed under magnification.

Burmese amber, or Burmite, is collected from small mines in the Hukawng Valley and is an important source of Cretaceous plant and animal fossils. Geologists suspect that the area was once part of the supercontinent Gondwana.
View Jurassic World Fossils
SOLD
DETAILS
SPECIES
Order Zygentoma (Bristletails)
AGE
Late Cretaceous - Turonian–Cenomanian Stage 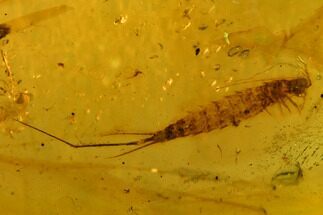 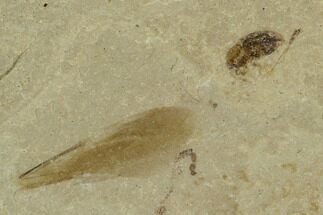 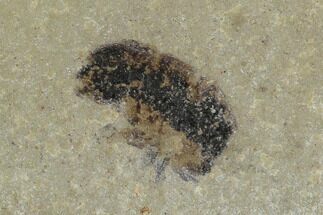 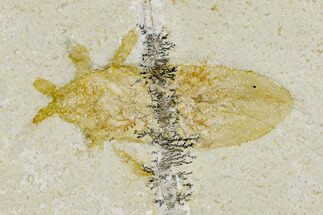 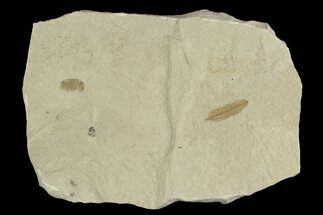 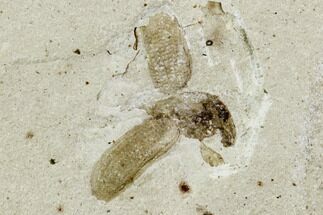 .2" Fossil Weevil (Snout Beetle) - Green River Formation, Utah
$25
FossilEra & Coronavirus Shutdowns
Washington state has now joined over a dozen other states to put in place “shelter in place” or “stay at home” orders. While we agree this is the correct course of action, it will have a substantial impact on our business. It effectively shuts down much of our company for several weeks.