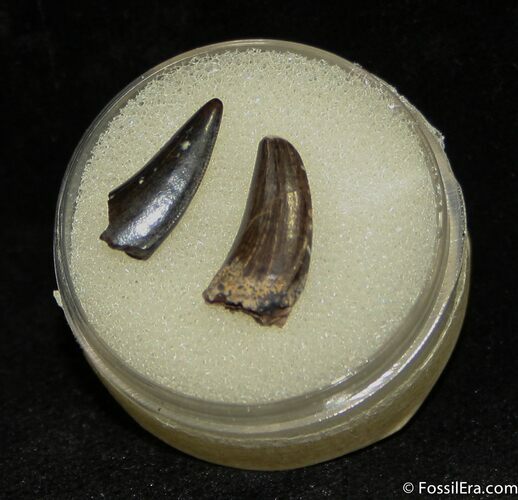 Here is a pair of small raptor dinosaur teeth from the Hell Creek Formation of Montana. They are Upper Cretaceous in age, approximately 66 million years old. Both of them retain good enamel and the one on the left has good serrations still present.