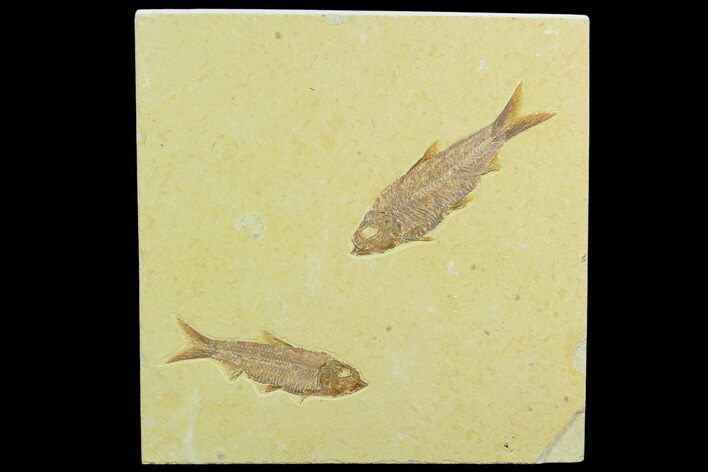 This is two fossil fish (Knightia) from the Green River Formation, near Kemmerer, Wyoming. The largest is 3.2". This beautiful specimen is very well preserved on a slab of shale. It shows bone, scales and fin rays. Under magnification these details stand out.