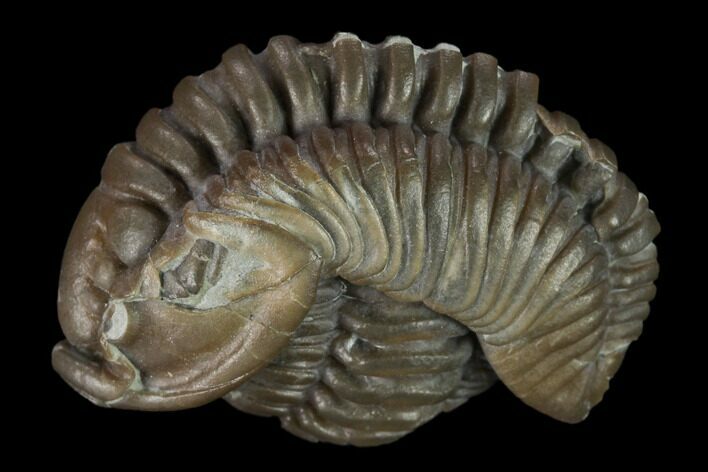 This is a 1.4" long (if outstretched) Flexicalymene retrorsa trilobite fossil from the famous trilobite beds at Mt. Orab, Ohio. It was cleaned using air abrasives under microscope.

The trilobite is laterally compressed but there is a second enrolled trilobite right underneath it. 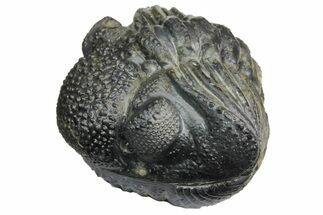 Perfectly Enrolled Drotops Trilobite - About 4" Around
$495