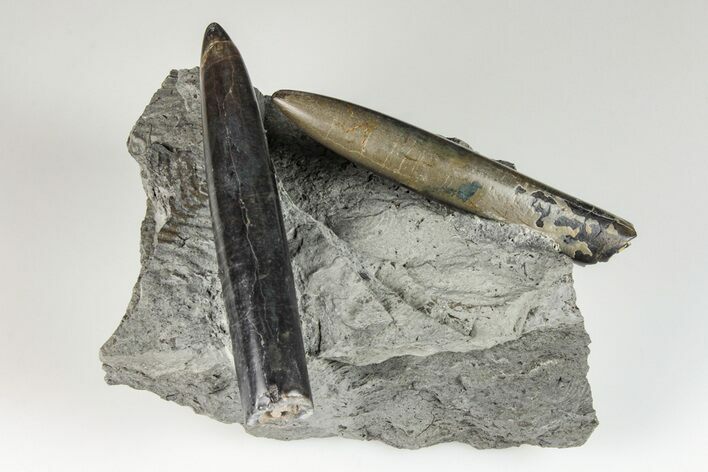 Here are two fossil belemnites (Passaloteuthis sp.) from the Jurassic age, Posidonia Shale of Holzmaden, Germany. These belemnites were prepped free of the shale they were found in, and are mounted to this section of shale that comes from the same locale. One belemnite measures 3.1" long while the other is 2.9" long. There are a couple minor repaired cracks through both belemnites. Both belemnites have the distinctive, metallic sheen of a pyritized fossil.

Belemnites are probably the most well known extinct cephalopod after the ammonites. They lived during the Jurassic and Cretaceous periods and are fairly common fossils found throughout the world. They had a hard, internal, cone shaped structure that is often preserved as a fossil though it is not technically a shell. They had 10 arms but unlike modern squid these arms had small hooks instead of suckers.
FOR SALE
$65
DETAILS
SPECIES
Passaloteuthis sp.
AGE
Jurassic (~180 Million Years Ago) 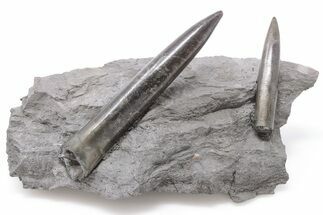 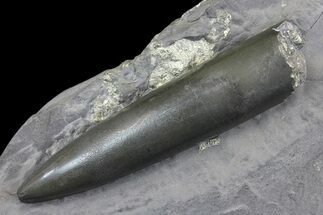 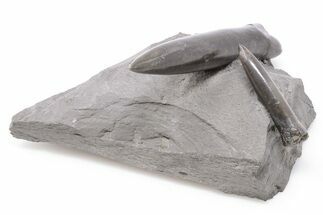