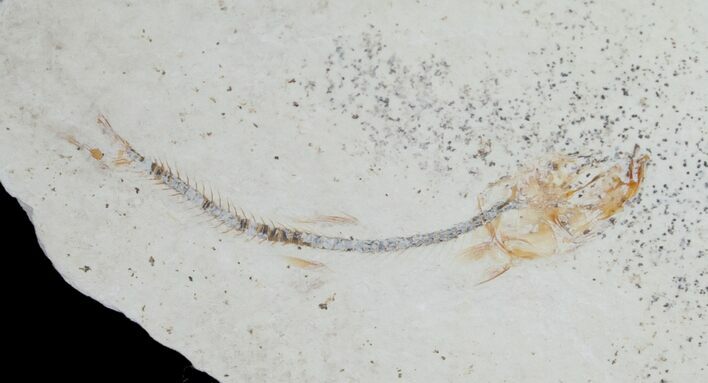 This is a very unusual fossil fish from the Solnhofen limestone, Orthogoniklethrus hoelli. The species was just described in 1997 and is only found in a single quarry which has been closed to collecting for more than 5 years. 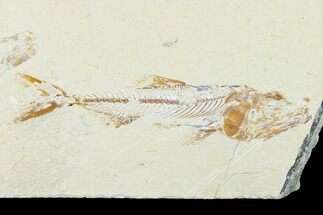