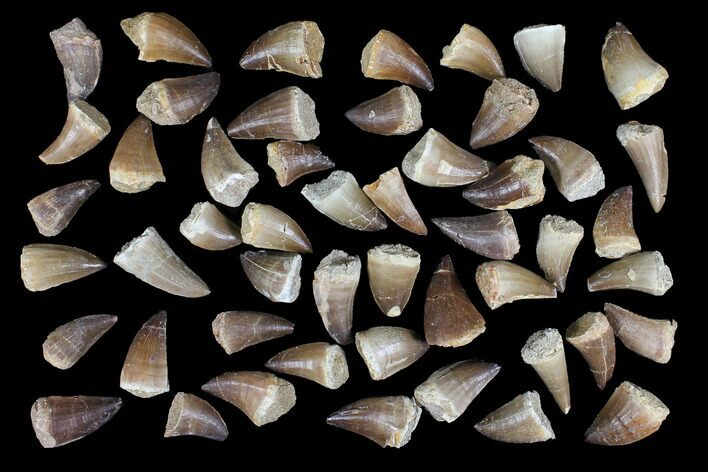 The teeth in this lot are primarily from the genus Prognathodon and the teeth measure 1-2" long with most being over 1.5". Nearly all of the teeth has some defects such as repaired cracks, or chipped tips.

At the wholesale price this is only $4/each for the teeth and they can easily retail for 3-4x this amount on average. You will receive the exact lot pictured in the photos.