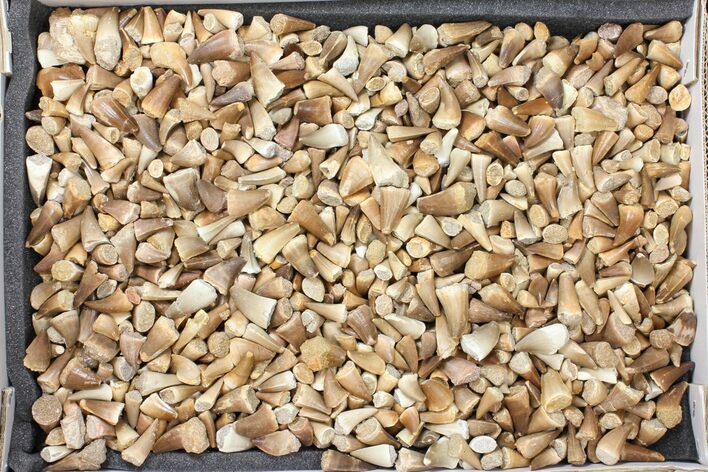 They are assorted sizes and conditions ranging from about .7" to 1.25", and probably averaging just over an inch. There are several species present. Many of the teeth has some defects such as chipped tips and some have repaired cracks but there doesn't appear to be any that are restored.

Although Mosasaurs diversified and proliferated at a spectacular rate, their specialization is considered the source of their demise when marine systems collapsed at the end of the Cretaceous.
More About Mosasaurus & Mosasaurs
View Jurassic World Fossils
SOLD
DETAILS
SPECIES
Various
AGE
Late Cretaceous (~70 Million Years) 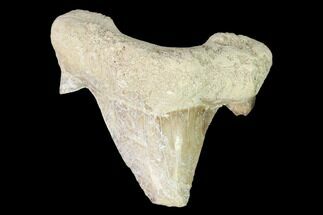