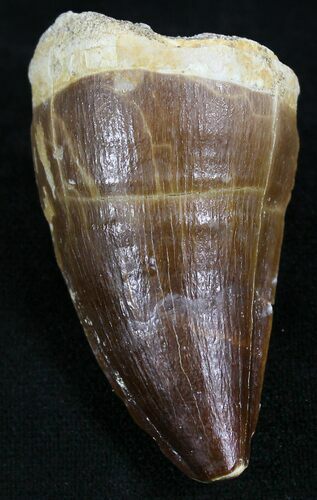 This is a large tooth of the Mosasaur, Prognathodon, from the Upper Cretaceous phosphate deposits near Khouribga, Morocco. It's in great condition with beautiful enamel preservation and is 2.15" long. This is a beast of a tooth and probably in the top 1% of these teeth size wise.

This tooth does not have restoration work done to it. There is wear damage on the tip and edges of the tooth.