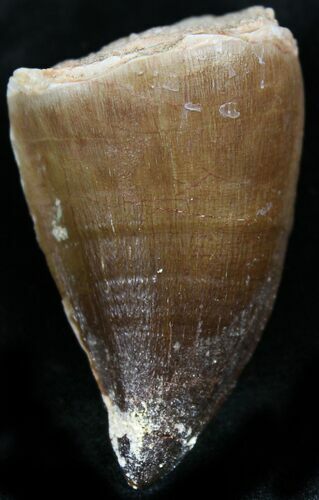 This is a large tooth of the Mosasaur, Prognathodon, from the Upper Cretaceous phosphate deposits in the Oulad Abdoun Basin of Morocco. It's in great condition with beautiful enamel preservation and is 2.27" long.

There has been some repair work done to the tip of the tooth. 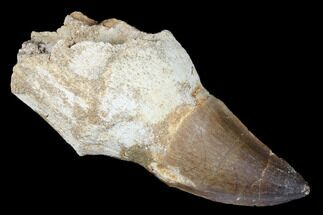 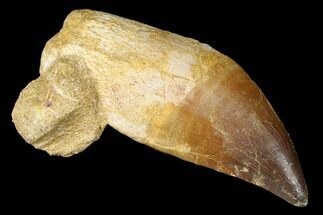 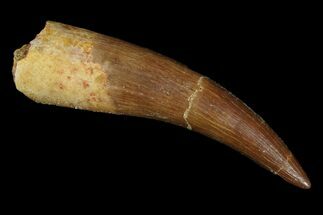