FOSSILERA
MINERALS
FOSSILS FOR SALE
NEW
CRYSTALS
ABOUT
Minerals & Crystals
Stibnite
Stibnite is a lead-gray mineral, usually occurring as striated prismatic crystals, that is made up of antimony sulfide (Sb2S3) and is the main ore of antimony. It often forms groups of long, shiny metallic crystals radiating out at different angles, which look like something out of a sci-fi movie.

Toxicity Warning: Stibnite (antimony) is toxic and can be harmful if inhaled or swallowed. Most of the risk is long-term, chronic exposure to its dust. While a crystal sitting in a display case or on your shelf doesn't pose a health risk, you should wash your hands after handling, keep out of reach of children and please don't lick the stibnite.
10 Items ($49 to $495) 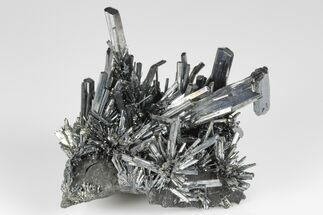 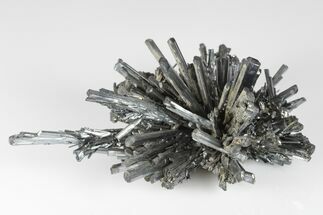 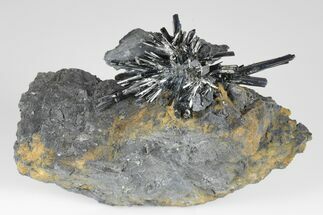 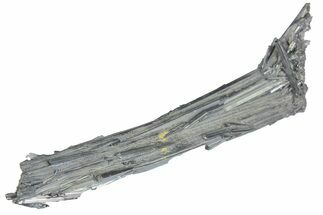 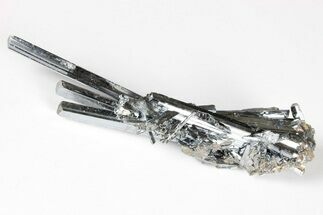 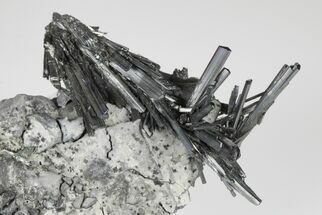 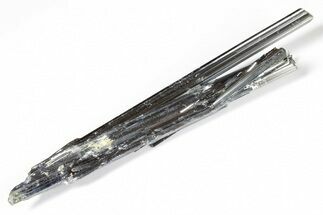 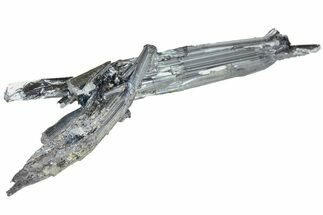 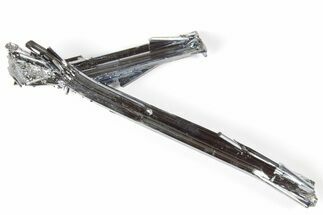 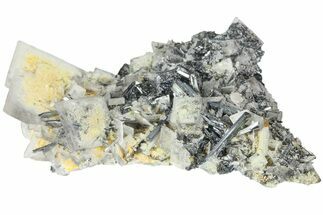 How Is Stibnite Formed?

Most commonly, stibnite will be found at hydrothermal veins where alkali- rich waters deposit on quartz veins in granite or gneiss rocks. They can also be found in replacement deposits at lower temperatures where it has replaced other minerals in limestone around hot-springs. Stibnite clusters in striated orthorhombic crystal formations that flower on the matrix, be it limestone or granite. The crystals are lead gray in color and may be lustrous or dull in their sheen. More often than not, crystals will be smaller and flatly terminated, however larger crystals typically look like swords protruding from their matrix. Stibnite can be both granular and massive in nature, all bearing the slender crystal habit. 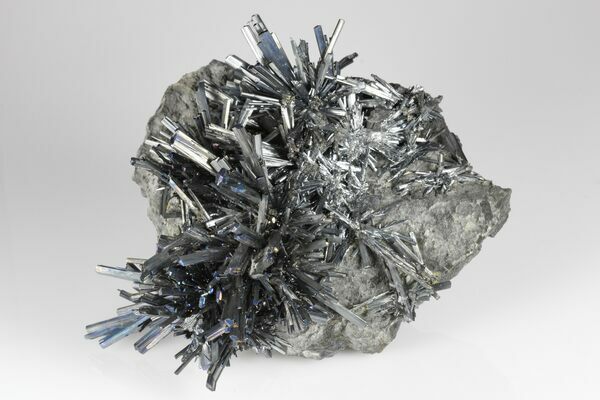 What Is Stibnite Used For?

Stibnite is often used in the striking surface of objects that produce flame, this can be matches, percussion caps and, often, fireworks. Some ancient cultures would use it in cosmetic applications. Like charcoal, stibnite would be used to enhance the eye of the wearer, similar to modern eyeliner or eye shadow. We now know that antimony is toxic via skin contact, so that application is extremely inadvisable and is hazardous to your health.

Where Is Stibnite Found?

Stibnite has been discovered in mines across the globe from Nevada to Germany to Bolivia and China. This mineral is typically associated with other relatively intrusive minerals such as galena, barite, realgar, orpiment, and even gold. Despite being the primary ore of antimony, stibnite only occurs in small amounts. The most recent and largest antimony producer is the Xikuangshan Mine in China. This mine is responsible for some of the biggest crystals and clusters to reach the world’s attention.

Only Hours Left - Last Day Of Black Friday Sale!
Our biggest sale of the year is almost over. All items sitewide are discounted 5-25% with some special items marked down even further.