FOSSILERA
MINERALS
FOSSILS FOR SALE
NEW
CRYSTALS
ABOUT
Minerals & Crystals
Agates
Youngite
Youngite refers to a variety of druzy quartz-coated, brecciated agate found only near Guernsey, Wyoming. This mineral is widely sought after due to its phenomenal, and chaotic, smattering of colors. If it already wasn’t cool enough, under shortwave ultraviolet light it glows with neon green fluorescence. Youngite is a fragmented agate that has been “glued” back together with quartz and chalcedony. Because of this formation style, youngite presents a variety of colors: reddish-brown, sky blue, white, peach, and yellow-gold. This mineral is very attractive and offers the viewer a new perspective from every angle. Its fluorescent qualities allow for youngite to be an excellent display piece in daylight and in the dark.
Polished Slabs (4)
4 Items ($125 to $495) 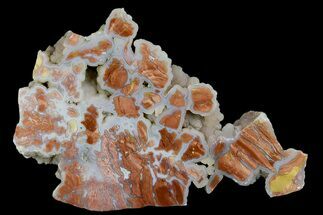 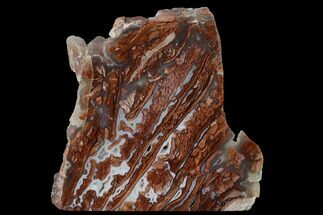 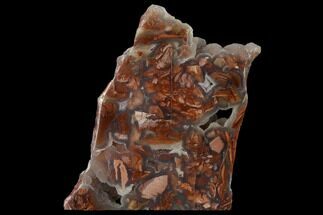 Where Can You Find Youngite?

Platte County, Wyoming is the only source of Youngite as we know it. More specifically, the only confirmed localities occur in the Guernsey and Glendo reservoirs within the Hartville Mining District. The natural caves and veins near Guernsey provided conditions that were just right for Youngite to form.

How Does Youngite Form?

Youngite formed in a manner that is known as brecciation. Within the Missipian-aged limestone caves in Wyoming, various pressures and geological shifting caused previously solid rock to break into angular fragments. Following the breaking of this rock, ground water containing silica assisted in the natural cementing process of the fragmented rock. This concretion of rock, chalcedony, and druzy quartz forms the mineral that is referred to as youngite. When sliced into cross-sections, the brecciated formation pattern becomes extremely apparent. 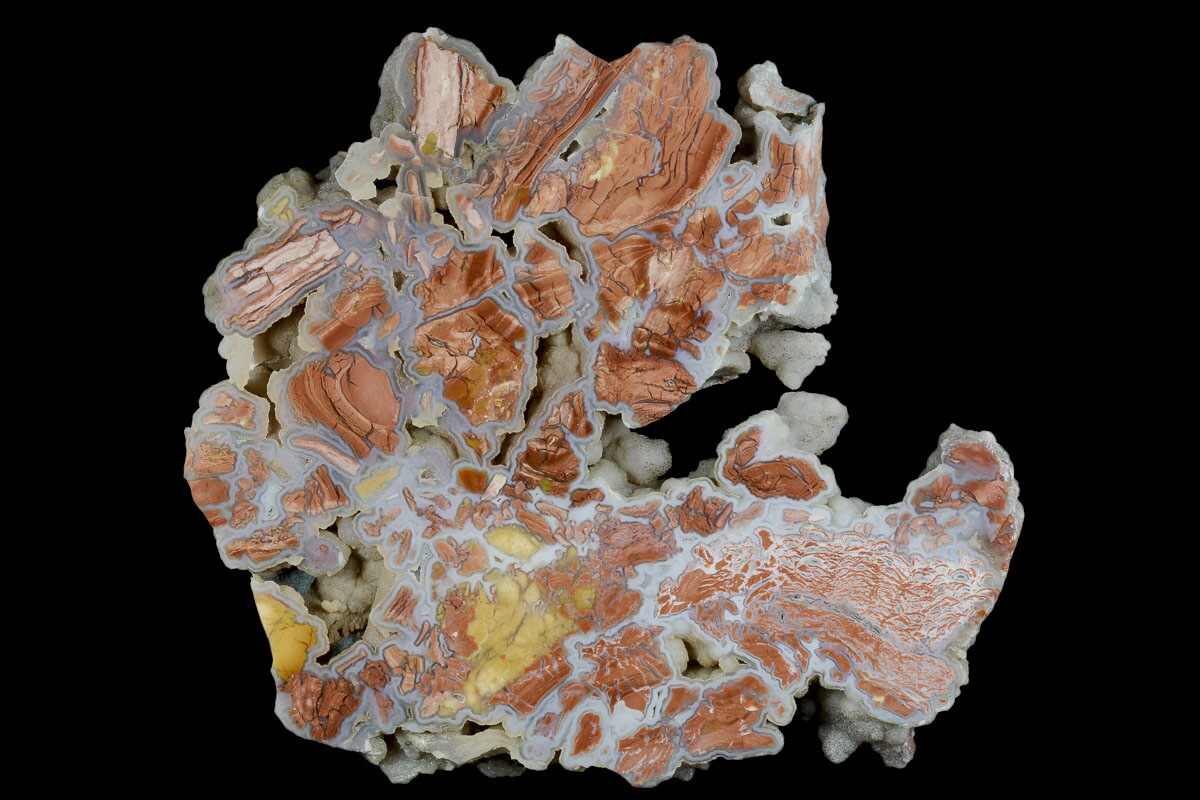