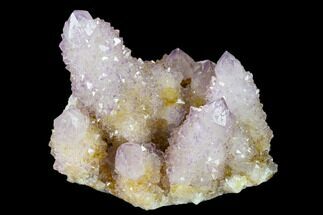 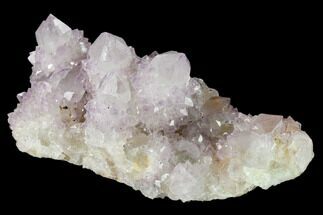 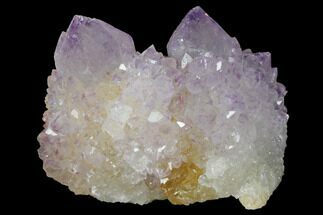 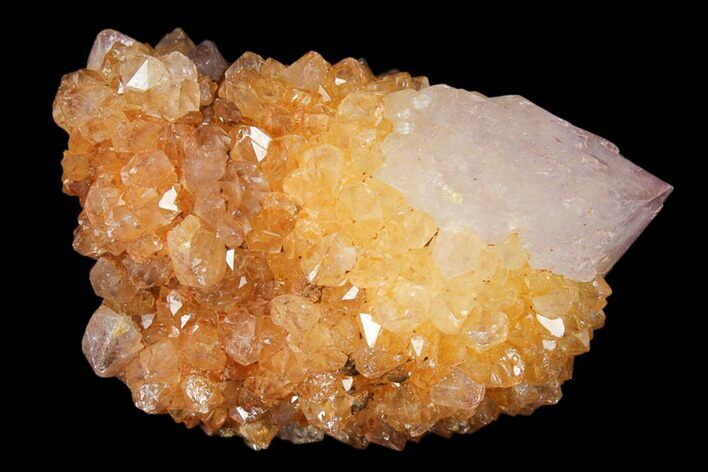 This is a beautiful orange cactus quartz cluster from the Magaliesberg Mountains of South Africa. There is some purple coloration near the tip of the crystal (quartz var. amethyst). It has a unique orange/yellow coloration due to the presence of iron oxides. 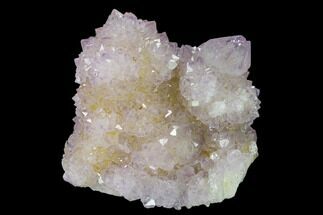 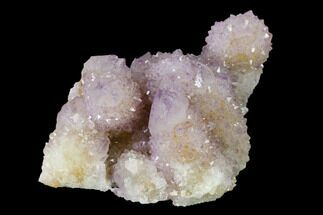 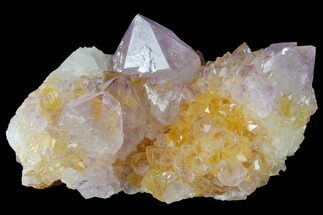 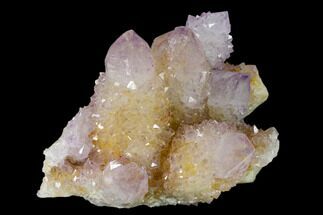