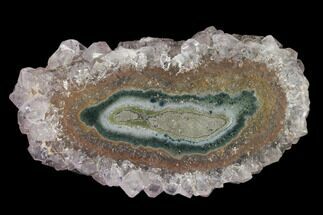 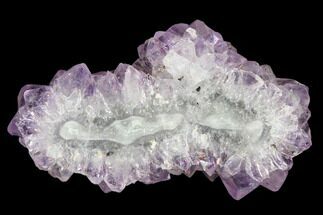 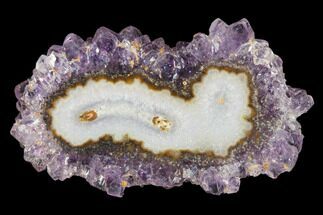 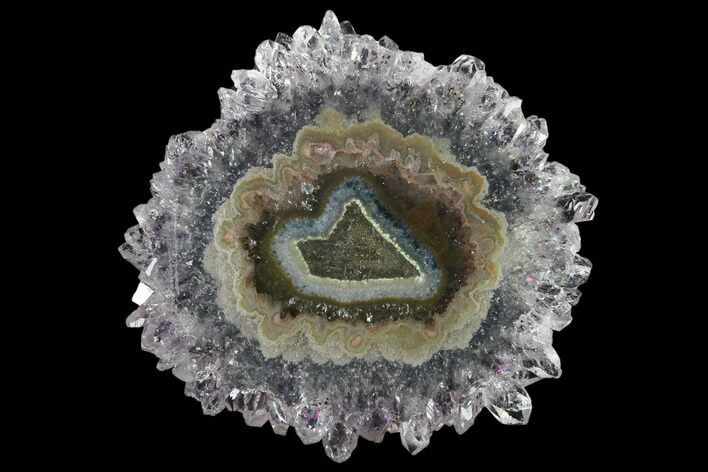 This is a polished slice of "stalactite" from within an amethyst geode. These polished slices are gorgeous, displaying some wonderful layering. They come from the famous amethyst mines near Artigas, Uruguay. 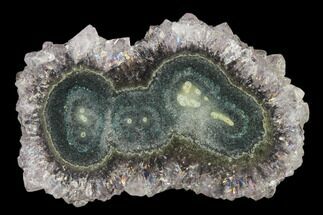 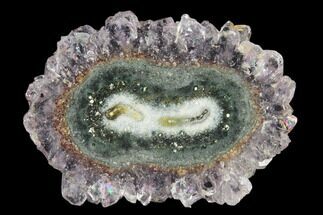 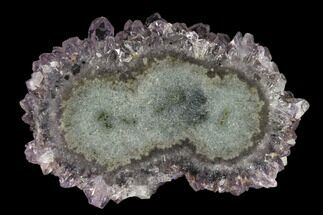 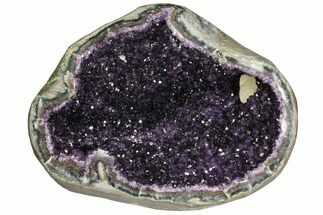 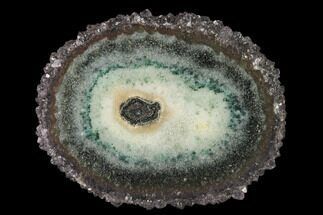 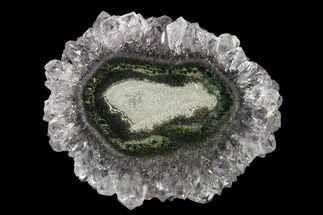