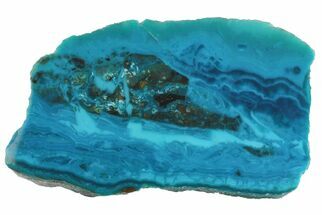 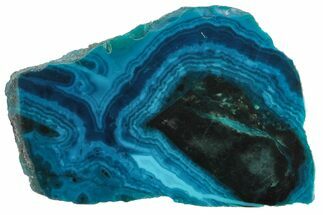 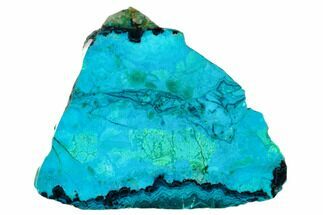 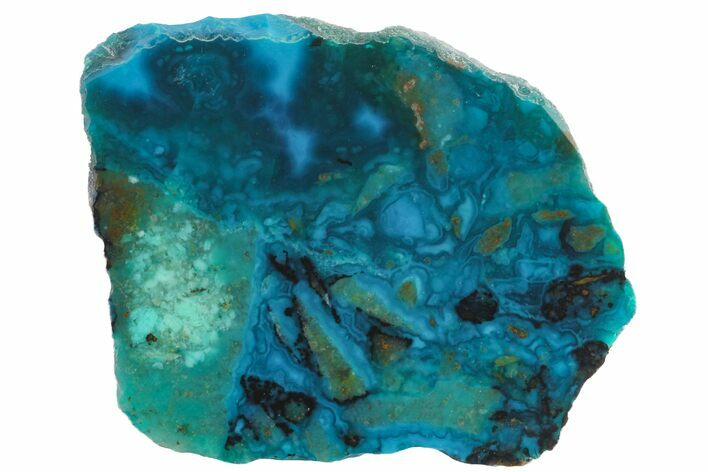 This is a brilliant, polished slice of banded chrysocolla from the Bagdad Copper Mine in Arizona. It is a wonderful, banded pattern of blue-green to deep blue chrysocolla that has been polished to a glossy finish on one side.

Given that chrysocolla is a secondary mineral that will form over other secondary, copper-based minerals, it is unsurprising that most chrysocolla coming out of Bagdad is in close association with malachite. Both minerals commonly form in fibrous arrays and botryoidal masses that layer nicely over other minerals. Chrysocolla is often an electric blue color whereas malachite tends to be a deep, teal color. This accounts for the wacky blue-green-teal banding patterns that are typical of copper-based minerals. The addition of quartz increases the visual appeal of these specimens, as the crystal habit and clear coloring of quartz creates contrast with the butter-smooth green banding.
View All Mineral Specimens
View All Polished Stones
SOLD
DETAILS
SPECIES
Chrysocolla
LOCATION
Bagdad Copper Mine, Yavapai County, Arizona
SIZE
1.5 x 1.2", .12" thick
CATEGORY
Chrysocolla
ITEM
#175451
SHIPPING
Shipping & Return Policy info. 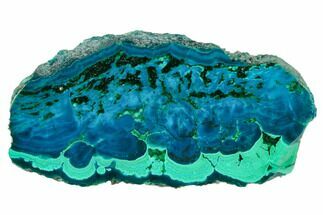 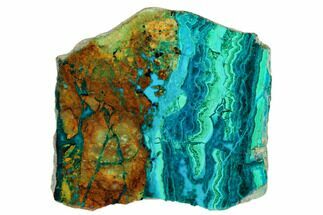 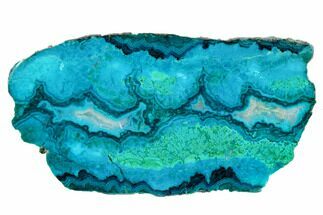 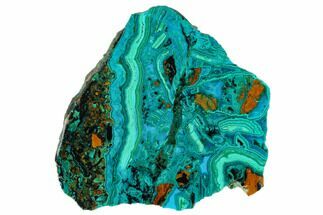 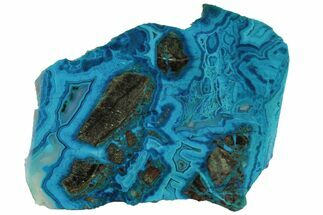 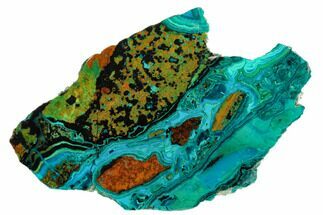 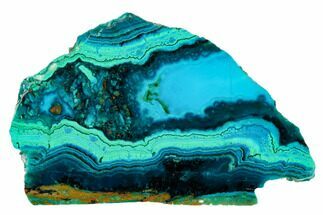