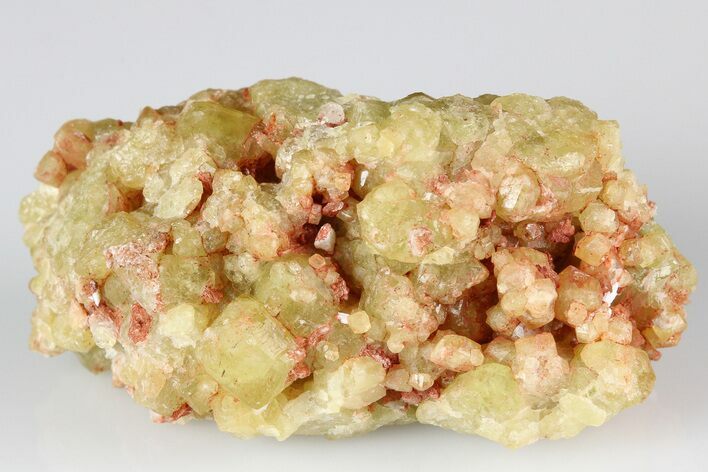 Here is a beautiful, 1.5" wide specimen that contains an aggregation of yellow topazolite garnets that were collected from Piedra Parada, Mexico. Topazolite is named after its resemblance in color and transparency to topaz, however there is little to no resemblance at the chemical level. 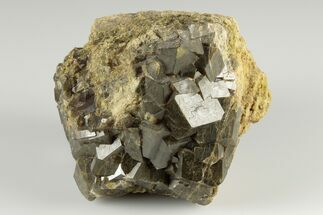 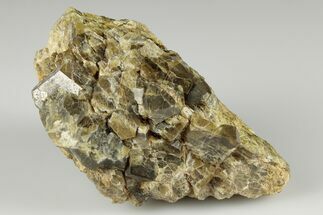