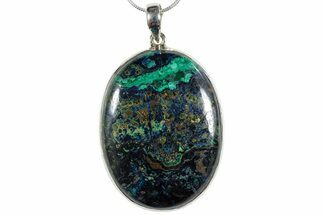 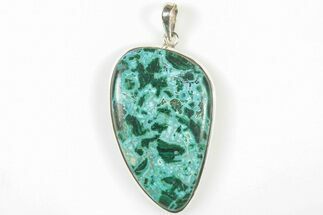 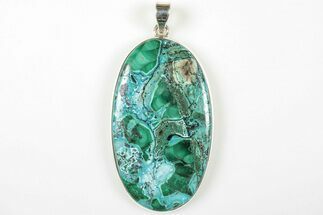 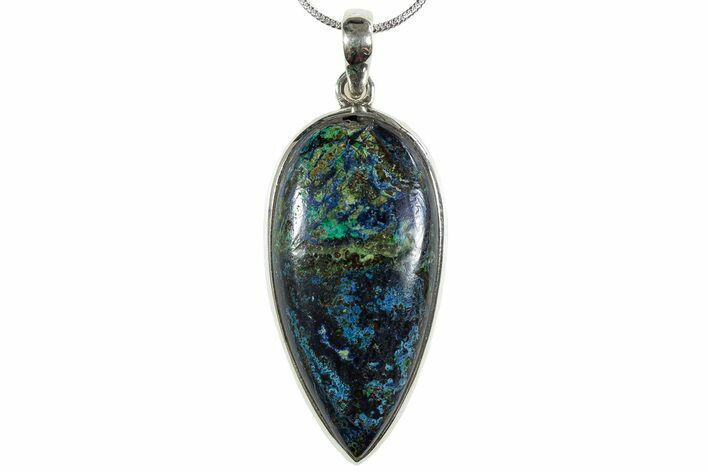 This is a vibrant, malachite & azurite pendant set in 925 sterling silver. The pendant itself is 1.6" tall. 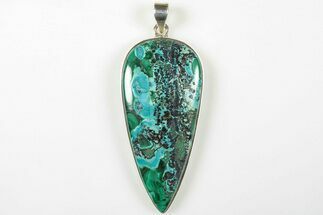 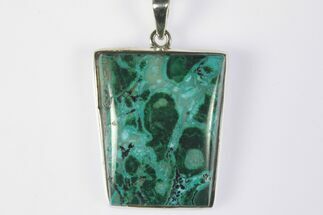 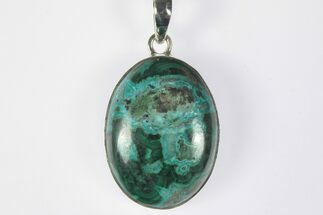 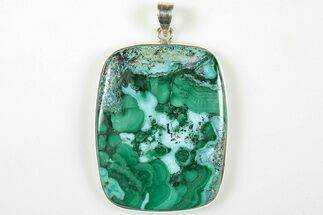 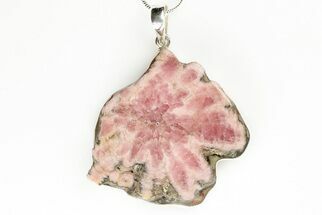 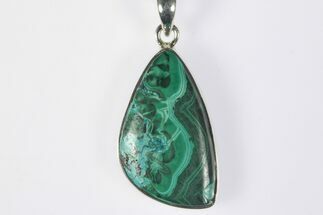 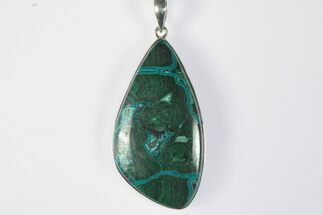 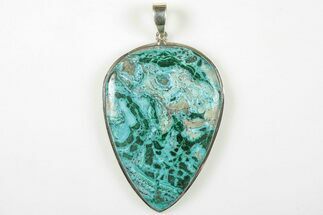 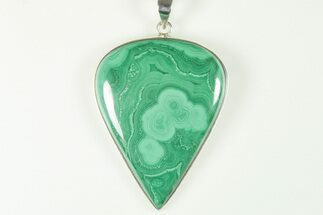