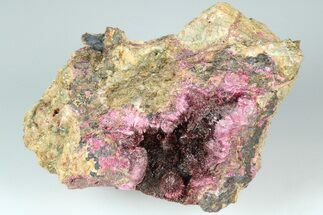 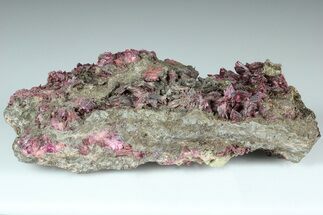 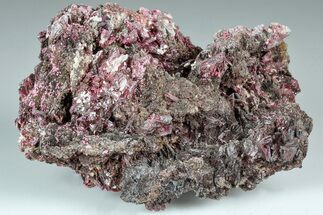 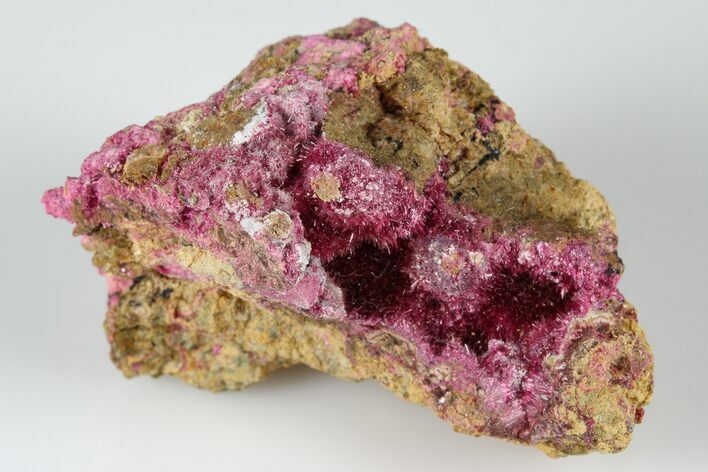 This mineral specimen from the Bou Azzer mining district of Morocco features a natural arrangement of magenta-colored, fibrous erythrite crystals. 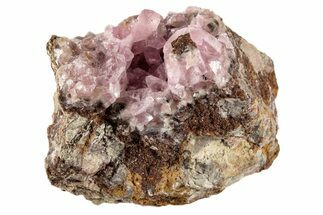 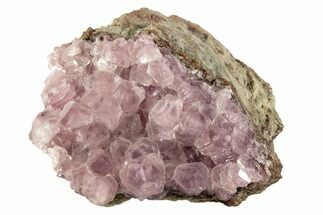 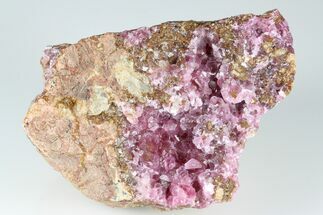 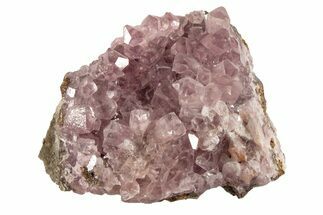 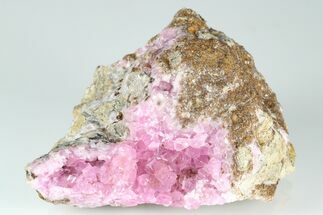 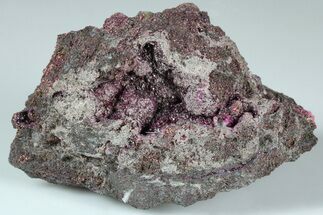 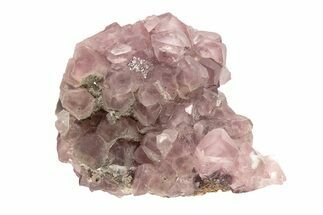 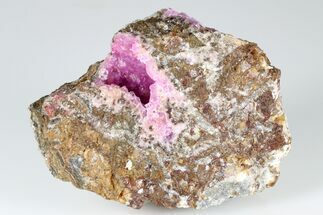