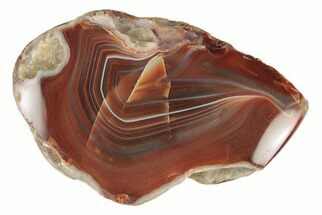 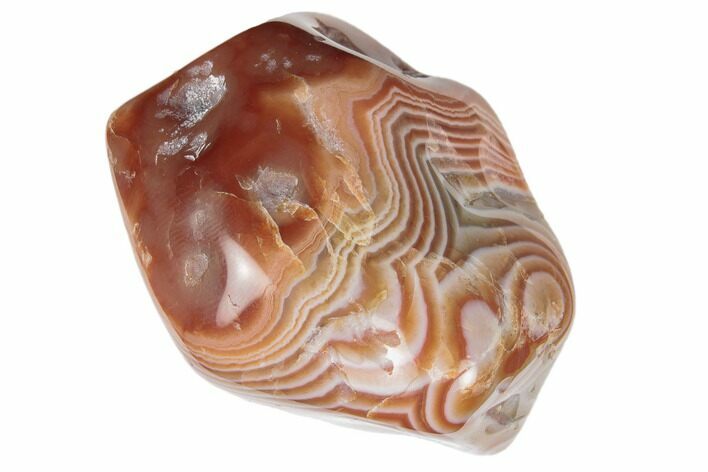 This is a gorgeous Lake Superior agate nodule that was collected near Lake Superior in Minnesota. It features wonderful red and white alternating bands and fortification agate structure. The entire specimen has been polished to a glossy finish. 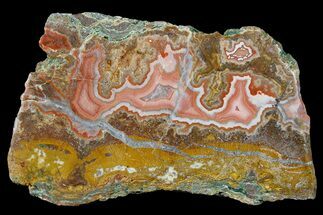 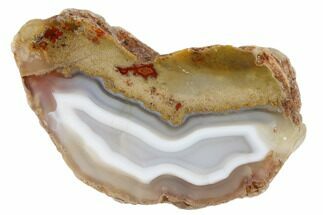 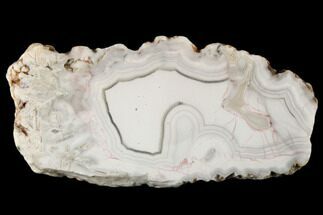 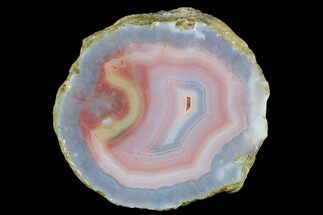 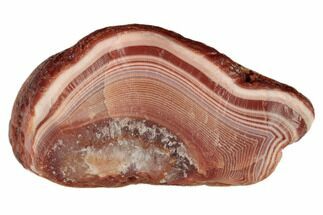