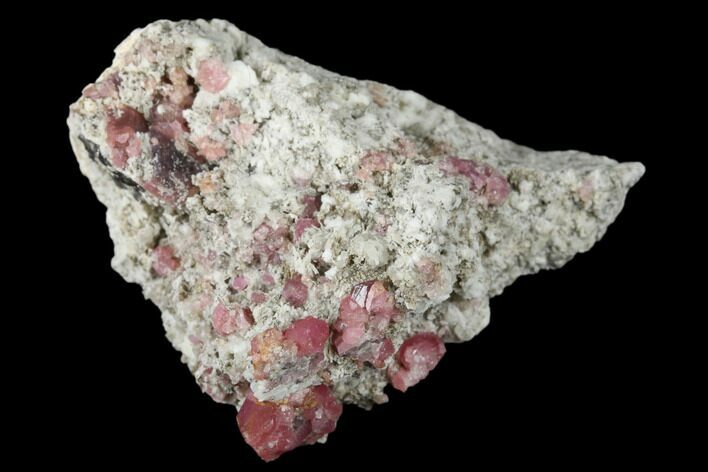 This is a 1.8" wide specimen that contains raspberry-red grossular garnets, collected from Sierra de Cruces, Mexico. 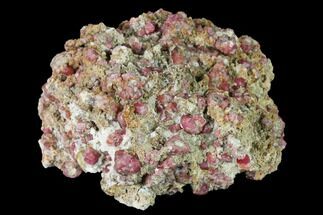 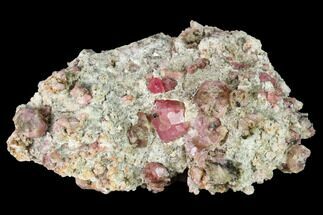 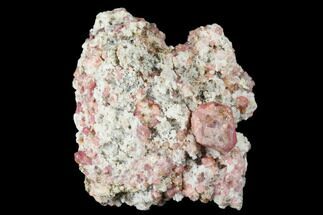