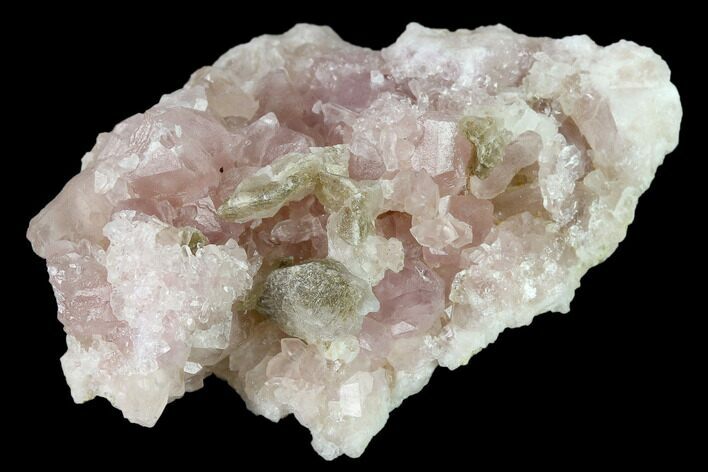 This is a beautiful find out of Argentina, featuring true pink amethyst crystals from the Choique Mine. It occurs in geodic formations or cavities lined with crystals. This piece is 2.4" wide and the crystals have an excellent pink color and nice terminations. This specimen has a number of calcite crystals that formed among the amethyst.

So, it's formed by the same same processes that give amethyst it's purple color, but by definition amethyst is purple not pink. So, we are left with a conundrum of what to call it, but since the majority of people seem to be calling it "pink amethyst" we will stick with that label. 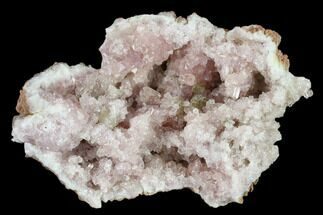 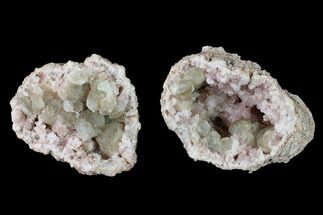 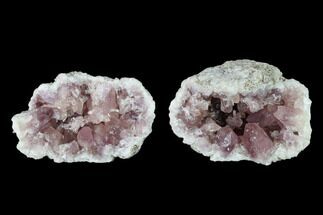 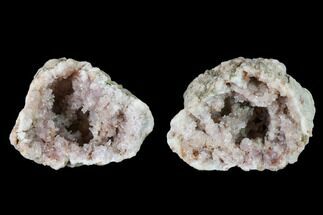 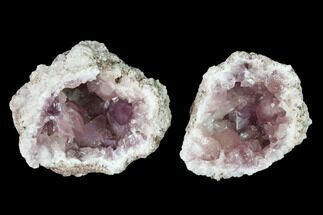 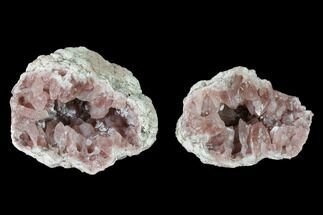 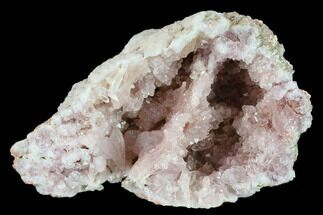