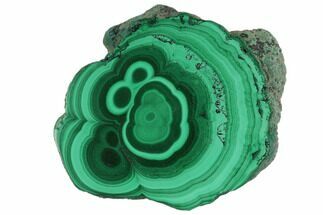 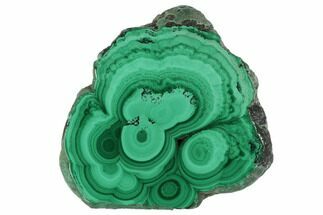 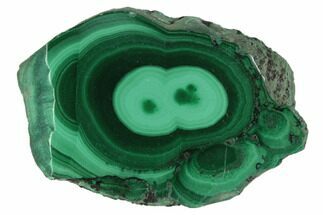 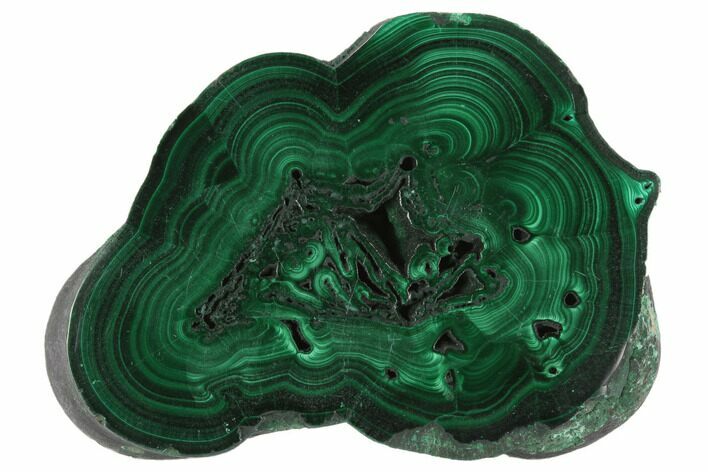 This is a beautiful, 2.4" wide, cut and hand-polished piece of a high grade botryoidal malachite stalactite mined in the Congo. The lapidary work is nice, and allows for the natural botryoidal patterns in the mineral to be seen. 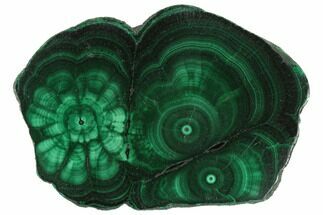 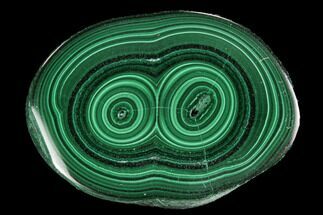 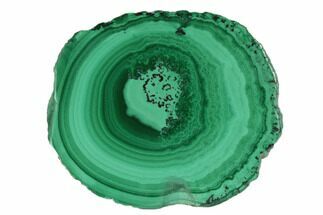 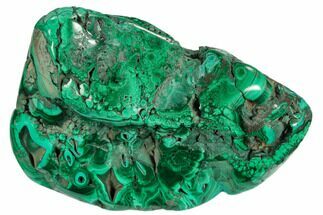 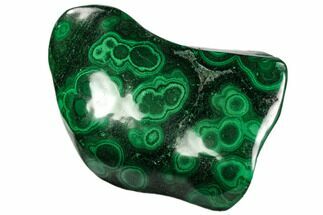 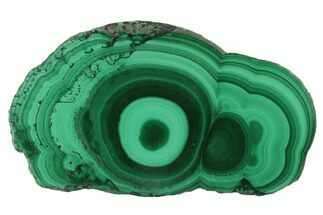