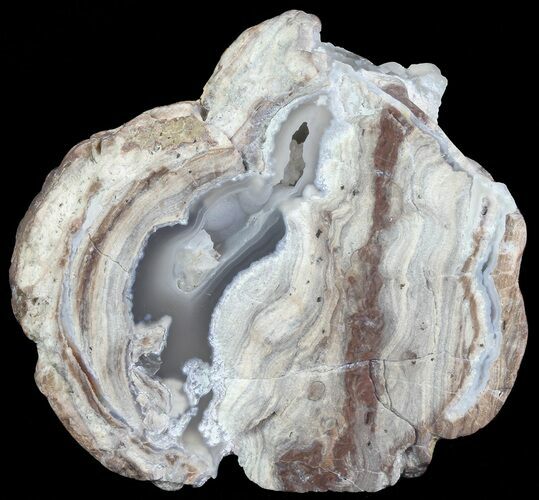 This is half of a small Dugway Geode containing many glimmering quartz crystals, that has been cut and polished. Beautiful quartz formations can be seen throughout the face of the geode. 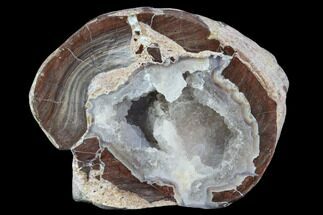 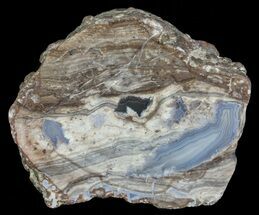 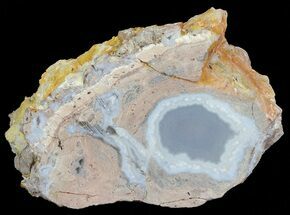 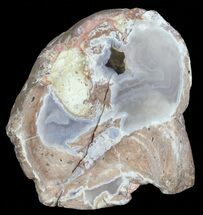 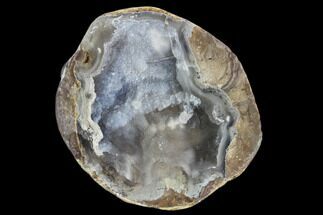 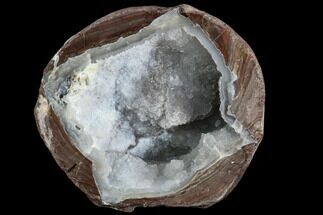 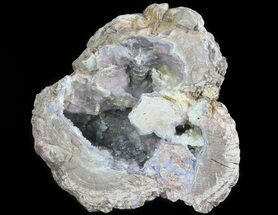 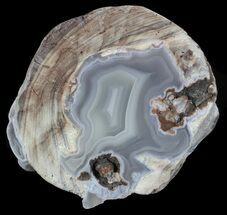