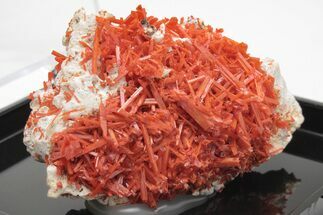 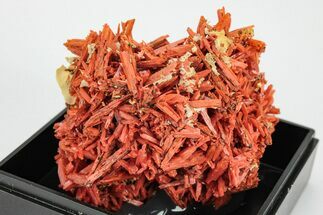 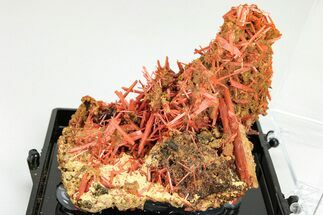 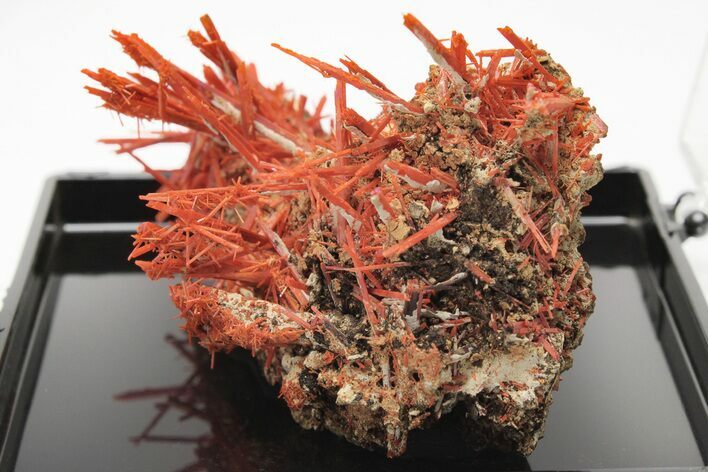 This is a stunning, 2.55" wide cluster of bright orange crocoite crystals with secondary crystal formations, collected from the famous Adelaide Mine in Tasmania. The crystals are extremely delicate and the specimen is mounted with hot glue inside of a small acrylic perky box for display. 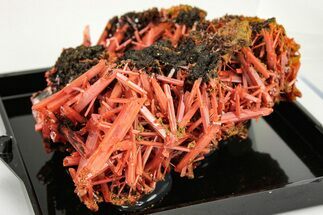 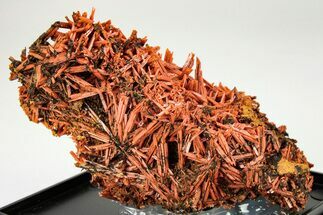 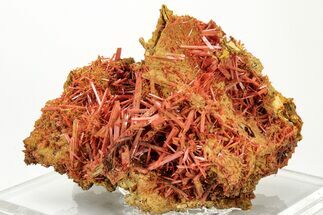 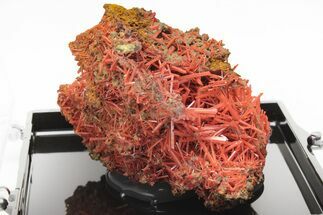 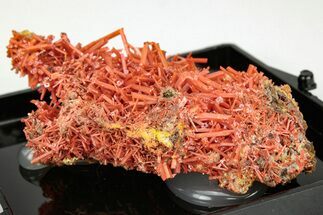 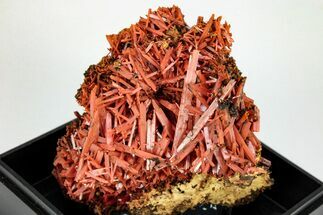 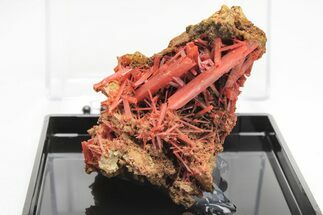 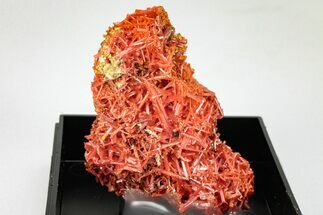 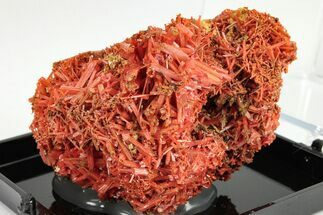