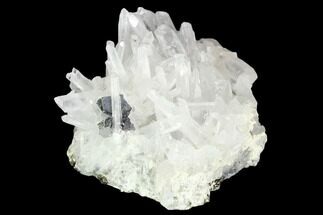 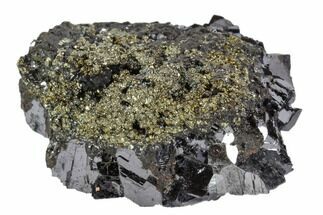 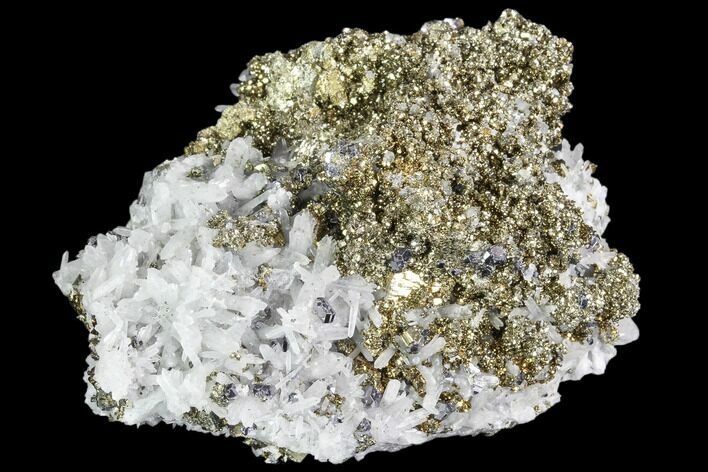 This beautiful specimen contains an association of pyrite, galena and quartz crystals. It comes from the Huanzala Mine in Peru and the entire piece measures 2.6" wide. 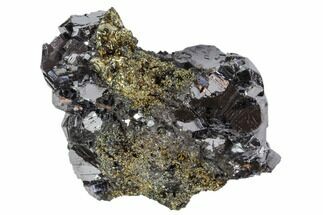 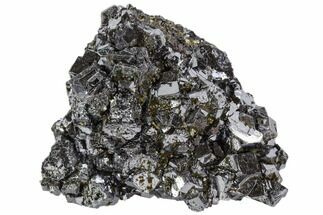 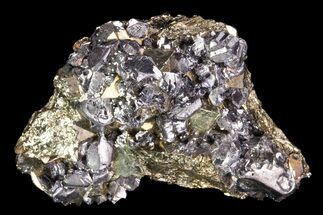 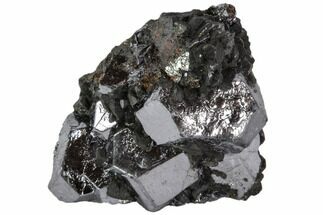 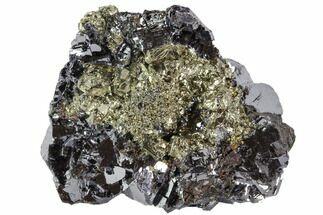