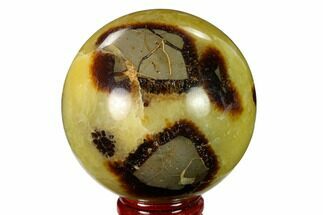 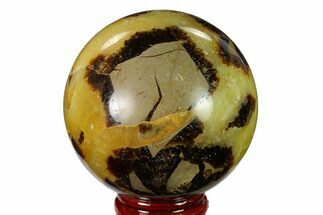 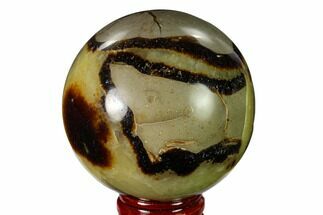 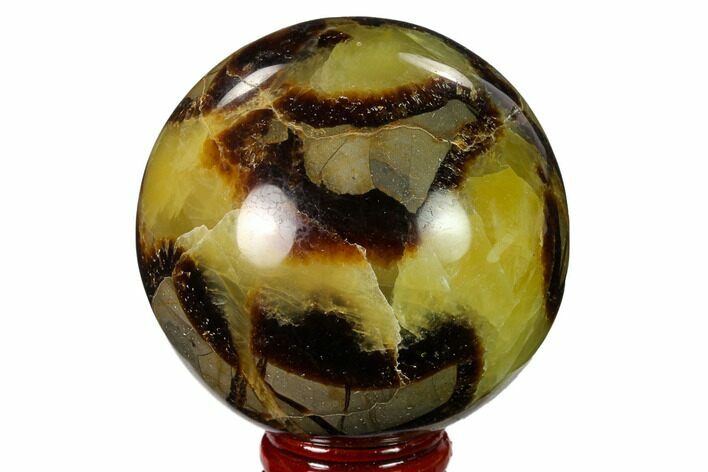 This is a beautiful, polished sphere of septarian. The septarian comes from the Betsiboka Region of Madagascar and was deposited during the Jurassic period. The polishing reveals a beautiful pattern, often causing these spheres to be called dragon spheres as they remind people of what they imagine dragon skin looking like. Comes with a display stand. 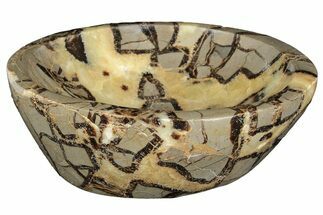 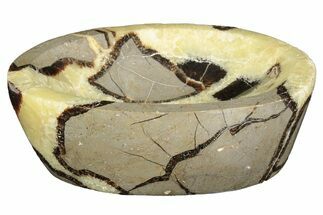 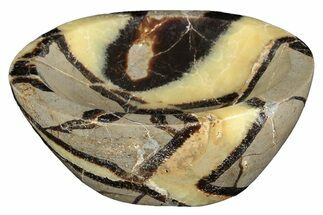 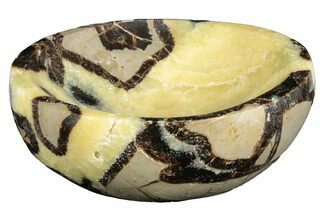 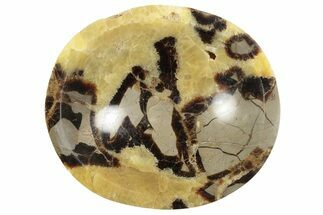 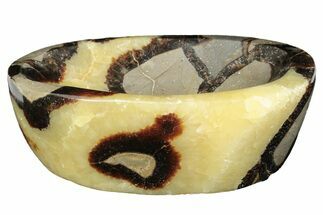 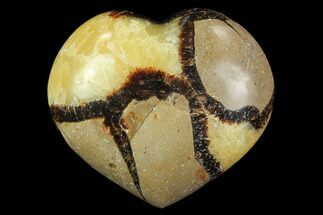